Zalando SE is a European e-commerce company based in Berlin, Germany. The company follows a platform approach, offering fashion and lifestyle products to customers in 17 European markets. Zalando was founded in Germany in 2008. The Swedish company Kinnevik is Zalando's largest stakeholder, with a 32% share.

Zalando was founded in 2008 by Rocket Internet, Robert Gentz and David Schneider, initially under the name Ifansho. Inspired by US online retailer Zappos.com, Zalando initially specialised in the sale of footwear.

In 2012 Zalando began operating outside of Germany offering deliveries to Austria. In 2010 the company launched in the Netherlands and France and added apparel to its portfolio. In 2011 it opened online retail sites in the UK, Italy and Switzerland. In the following year Zalando expanded to Sweden, Denmark, Finland, Norway, Belgium, Spain and Poland.

Since 2013, the usage of examples by tech companies from the East, especially China, Zalando changed into a European digital platform. Emulating Chinese companies, Zalando set off into remaking itself into a digital shopping mall, allowing fashion houses and retailers to make sales via the Partner Program as well, often with limited input from Zalando.

In 2014 Zalando was listed on the Frankfurt Stock Exchange. Since 22 June 2015 Zalando has been included in the MDAX. In 2015, Zalando started collaborating with Topshop and began selling merchandise online. Advertisements featuring the model Cara Delevingne were broadcast in Germany, Switzerland and France.

In June 2015, the fashion trade fair "Bread and Butter tradeshow|Bread & Butter" was acquired by Zalando, with the intention to open the globally important event to a broader audience as a "fashion festival". The first edition of "Bread&&Butter by Zalando" took place in 2016, hosting 20,000 visitors in the Arena Berlin.

In 2018, Zalando launched Beauty in Germany, Poland and Austria and opened a beauty concept store in Berlin offering a regularly changing range of beauty products. Furthermore, Zalando added beauty and care products for men to its portfolio and introduced its loyalty program "Zalando Plus" to customers in Germany.

In February 2018, Zalando expanded its collaboration with physical retailers in Germany.

In June 2018, Zalando expanded its operations to Ireland and the Czech Republic. The markets are served over the existing logistic sites of Zalando. In November 2018, Zalando announced the discontinuation of "Bread&&Butter" due to a shift in strategy.

Zalando operates a customer-centric platform approach claiming to become "the starting point for Fashion" in Europe. It currently offers more than 300,000 products by almost 2,000 different brands in Fashion and Lifestyle. The core of Zalando's operations is conducted in Germany with centralized management located in their Berlin headquarters.

The company employs over 6,000 people in Berlin and over 15,000 employees in total. More than 2,000 employees are dedicated to Tech in Zalando's Tech Hubs in Dortmund, Dublin and Helsinki, tech offices in Erfurt and Mönchengladbach and Zalando's Ad Tech Lab in Hamburg. Around 7,000 employees work in Zalando's eight logistics sites. The company also runs an off-price website called Zalando Lounge as well as several outlet stores across Germany.

Zalando follows customer-centered shipping, return and payment policies. They offer several payment options such as "payment after delivery" or "cash on delivery". Furthermore, customers can return items within 100 days after purchase.

In 2011 Zalando launched Zalando.co.uk, thereby offering its retail services to UK customers. Deliveries were operated by YODEL. In the same year the Ecommerce platform|E-Commerce platform launched a TV ad in English, replicating the humorous format used in its German-language commercials. In it, a long-suffering husband bemoans his wife's addiction to buying shoes and warns other men about the dangers of introducing women to Zalando.

In 2015, Zalando acquired a 20% stake in Cheltenham-based software company Anatwine, headed by a former ecommerce director of SuperGroup, for a seven-figure sum. Anatwine's software - which helps online fashion retailers and brands integrate their processes, systems and stock files - will enable current and future clothing and accessory brand clients to use Anatwine's technology to sell their merchandise through Zalando. Zalando is expected to speedily widen Anatwine's range of brands.

Zalando was accumulating losses ever since it was founded until it started making profit in 2014. The most important cost factors for Zalando are fulfilment costs and marketing costs, both taking up 50% of total revenues alone without the costs of sales included, with marketing costs as high as 25% in 2010. They managed to become profitable for the first time in 2014 which was due to cost management and profitable sales in their additional markets. Almost 50% of their sales revenues are generated in Germany, Austria and Switzerland which they define as one geographic unit under "DACH". Their yearbook furthermore shows that the firm was already profitable in this geographic unit as early as 2012.

It reflects Zalando's growth strategy by which they deliberately sacrificed short-term profits for long-term growth. The great risk lies in the generous shipping and return policies which are both free of charge for customers, while maintaining a variety of payment options of which 'payment after delivery' constitutes the most risky but also most attractive option for consumers.

The German newspaper Bild reported on statements of the German Federal Economic Ministry indicating that Zalando received around 3,3 million Euro, between 2007 and 2012, in subsidies from regional development programs. Zalando also requested subsidies for the year 2013. The Deutsche Mittelstandsnachrichten reported that the Samwer brothers’ business model is predicated on using foreign capital and cheap labour to quickly build up a company, selling it as fast as possible.

In July 2012, German TV channel ZDF broadcast a report on the packing and distribution centre operated for Zalando by a provider near Berlin. The report showed the appalling working conditions at the company providing logistical services to Zalando. In the logistical center of Großbeeren certain staff, who often commute more than 200 km per day from nearby Poland, are not allowed to sit down during their working day. It was further shown that employees were subject to continuous scrutiny, workspace was extremely confined and for several hundreds of employees there was only one filthy toilet container. The ZDF also criticized the hourly wage of €7,01, which was nonetheless in conformity with the minimum hourly wages for agency workers in Germany. Following the ZDF report it was revealed that Zalando had also received a 22,5 million euro subsidy from the government of Thüringen to build a new headquarters. According to a ZDF reporter who went undercover, around 40 employees are being paid by the taxpayer between seven and nine days every month in the framework of apprenticeship programs, while one third of the employees are agency workers. Following the report, Zalando announced that it would scrutinize its service providers more strictly.

In April 2014 RTL broadcast the documentary Unrelenting pressure in the workplace (Arbeiten unter Dauerdruck), which had been made with the support of undercover journalist Günter Wallraff. The documentary led to renewed criticism on the labour conditions at Zalando. Journalist Caro Lobig worked undercover for three months as an order picker in the logistical center at Erfurt. During an eight-hour shift she had to walk up to 27 kilometres (17 mi). After five weeks she started to suffer from circulation problems. According to an anonymous employee working at the ambulance service, there is hardly a day when they are not called to the logistics center. According to a labour judge interviewed by RTL, Zalando violates German Labour law because of its rules on breaks, by prohibiting its employees from sitting down and by imposing airport-security-type measures on its employees. Through its tight control over its employees, Zalando would also be in violation of privacy rules. RTL requested Zalando to give comments to the allegations but Zalando refused. Instead, Zalando filed a complaint against Lobig for revealing corporate secrets. Lobig in turn filed a complaint against the company regarding her severance pay.

In November 2015 the Centre for Protection against Unfair Competition in Germany filed a suit claiming that Zalando misled consumers on the availability of certain products suggesting that they needed to act fast to buy them. Zalando said that they had already changed their marketing practices, taking the Centre's concerns into account. They claimed that they no longer informed consumers that there were "three items available" when more than three were available. 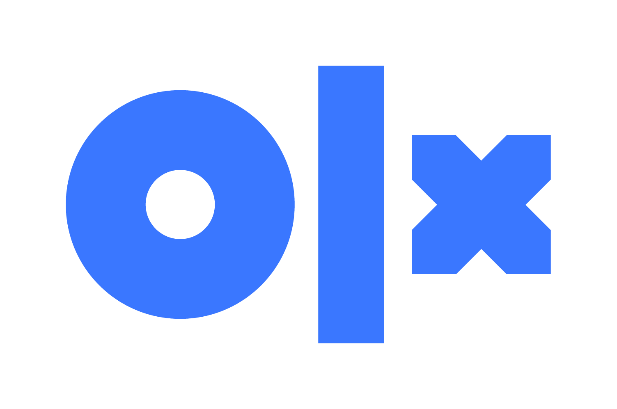